We are a part of the Diamond League!!! 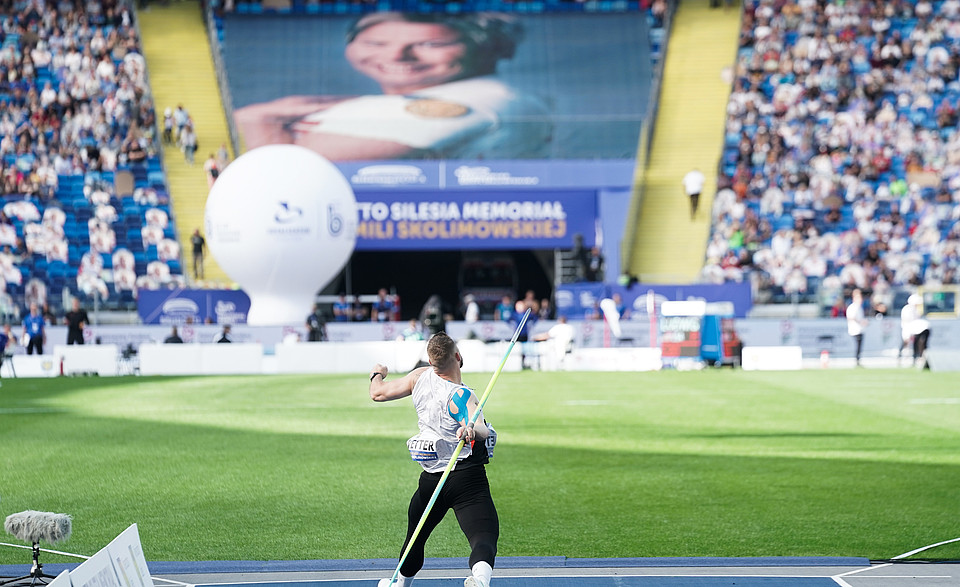 It is a historical day. The Silesia Kamila Skolimowska Memorial has become a part of the Diamond League! The Silesian Stadium will be the first Polish site of a Diamond League meeting. On 6 August the Silesia Kamila Skolimowska Memorial will be a replacement for the two cancelled meets in China. - We have dreamt of this day for years. We have reached the top and we feel heavenly - said the happy Jakub Chełstowski, chairman of the Silesian voivodeship assembly. Piotr Małachowski was deeply moved as well.

It is a historical day. The Silesia Kamila Skolimowska Memorial has become a part of the Diamond League! The Silesian Stadium will be the first Polish site of a Diamond League meeting. On 6 August the Silesia Kamila Skolimowska Memorial will be a replacement for the two cancelled meets in China. - We have dreamt of this day for years. We have reached the top and we feel heavenly - said the happy Jakub Chełstowski, chairman of the Silesian voivodeship assembly. Piotr Małachowski was deeply moved as well.

The hierarchy of athletics competitions is a simple one: the Olympic Games, the World Championships, including their indoor equvalent and after that comes this - the undisputed king of one-day competitions. The Diamond League, a yearly series of meetings that every athlete dreams about being a part of. The League that will make a unexpected stop in the Silesian Park.

Diamond League - the competition Poland has dreamt about

The athletics world has been talking about Poland deserving to host one of the most prestigious World Athletics meetings for years. For years also the Silesia Kamila Skolimowska Memorial has been one of the top athletics meets in the world. The points value of the meeting in recent editions of the event in the Silesian Stadium regularly put Silesia alongside the likes of Monaco, Paris or Oslo. Those locations have been part of the Diamond League calendar since its launch. The  Kamila Memorial, despite everything it had going for it, remained in the outskirts, as part of the Continental Tour Gold series.

- We have been part of the elite for a long time, everyone can testify for it. I am talking about the athletes coming here, the facilities, venue and organisation of the competition. Being aware of that, we did not feel fully satisfied, seeing how difficult it was to enter the elite - admits Jakub Chełstowski, chairman of the Silesian voivodeship assembly, who has championed the idea of top athletics in the Silesian Stadium for years. - Frankly, the Kamila meet is no different than the Diamond League. In some respects, it is actually better - those were the words of Johannes Vetter, currently the world's best javelin thrower. Indeed, that was the opinion od every athlete who had the chance to participate in both, including Piotr Małachowski, the legendary discus thrower, who after retiring will act as the meeting's sports director.

Now the Skolimowska Memorial has turned diamond. Unexpectedly so.

– It was a sensation, let's be frank - said Chełstowski. It is hard to disagree with the statement. The Polish delegation kept its finger on the pulse ever since World Athletics optimistically included two Chinese meetings on the 2022 Diamond League calendar. Those competitions will once again fail to take place due to pandemic restrictions and the world governing body did not want to leave the calendar spots vacant. Silesia had the best offer of the locations that applied for being a replacement. The bid was successful, as the venue has worked hard for a long time to earn its reputation in the global structures. Until days before the official announcement, the news was kept secret, with only a few people in Poland aware of it.

The historical moment for Polish athletics brings prestige, as well as new obligations. Among those is moving the competition to an earlier date than the originally planned 4 September. The Polish side would have preferred to keep the original date, but with so much to gain, they could not afford to negotiate. It is no secret the budget of the Memorial will increase, as the prize money per event goes up from the Continental Tour level. It is not yet certain which events will be included.

- What is certain is that we are going to put on the best competition seen in the country since the Poland - US matches in the times of the Polish athletics Wunderteam. For nowadays - said Małachowski, a four-time Diamond League winner - we have a new Wunderteam. Let me just remind you Poland won nine Olympic medals in Tokyo. I am sure most of our heroes from Japan will show up in the Silesian Stadium on 6 August. I have tears in my eyes, and I am not joking here. They are tears of joy and of envy, as I wish I was younger and could throw the discus here - he said with a laugh. Just as delighted was Paweł Fajdek. - We will finally see the hammer throw in the Diamond League, and in my favourite stadium - said the happy four-time world champion, who has been fighting a battle with World Athletics to include his event in the elite circuit. - Kamila was a hammer thrower after all. And the meeting, despite the new status, cannot lose sight of its character and its roots.

In 2018 the Kamila Skolimowska Memorial drew 40 thousand spectators to the Witches' Cauldron. Chairman Chełstowski appeals to the public to surpass this number. - The records are there to be broken. All of Poland is invited. Although Silesia is the host of the meeting, the whole country may be proud of it.