One Month To GO! 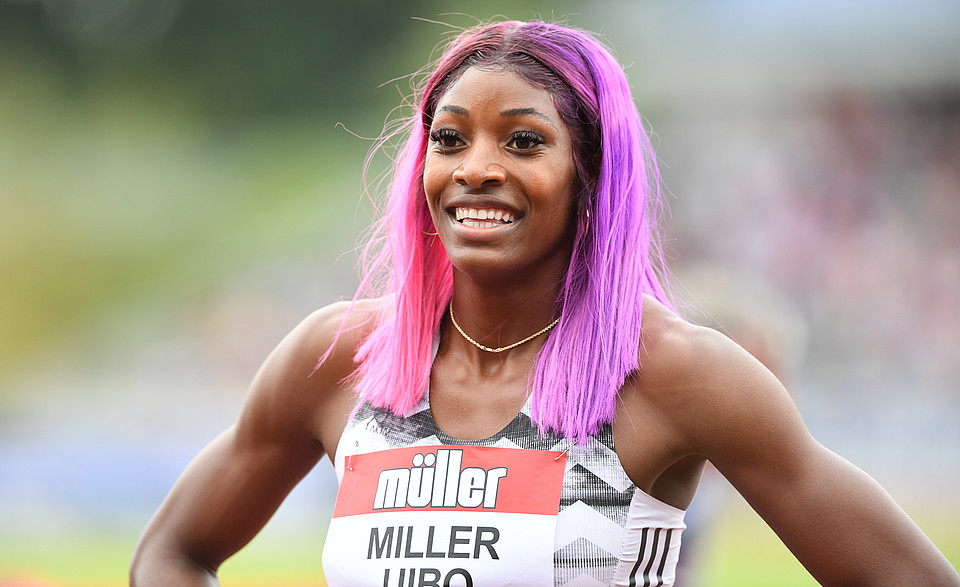 – The women's 400 metres has been one of the mainstays of Polish athletics for years. Therefore, it could not be excluded from the historic Diamond League meeting on Polish soil - announced the Silesian voivodeship assembly chairman Jakub Chełstowski. On 6 August at the Silesia Kamila Skolimowska Memorial the top Polish runners will face the world's elite! With 30 days left until the event, we are proud to announce more top names.

– The women's 400 metres has been one of the mainstays of Polish athletics for years. Therefore, it could not be excluded from the historic Diamond League meeting on Polish soil - announced the Silesian voivodeship assembly chairman Jakub Chełstowski. On 6 August at the Silesia Kamila Skolimowska Memorial the top Polish runners will face the world's elite! With 30 days left until the event, we are proud to announce more top names.

It is a streak that every athlete dreams of. Coach Aleksander Matusiński and his Angels, as the Polish women's 4x400 metre team is called, have been coming back with medals from all major events they participated in. The road, which started in London in 2017, still continues. Nor was Tokyo the end of a chapter. Even if taking silver in the women's relay and gold in the mixed event could have given the team a sense of fulfilment, the following months proved the opposite: they are hungry for more.

– To understand the greatness of these athletes, it is enough to take a look at their Wikipedia bios. The tables listing their achievements glitter with colours. We live from one major event to another, but it will take years to understand what a legend they are. True ambassadors of Polish sport. A global brand - chairman Jakub Chełstowski said.

He is not alone in considering women's 400 metres one of the most important events in Polish athletics.

– They are a symbol that could not be absent from the first Diamond League meeting on our soil. It is with great pleasure that I announce three of them - Justyna Święty-Ersetic, Natalia Kaczmarek and Anna Kiełbasińska - will race in the Silesian Stadium on 6 August. They will have great company there, too - said Piotr Małachowski, sports director of the Silesia Kamila Skolimowska Memorial, the first Polish event ever to be included in the calendar of the prestigious series.

We now know the Angels will be joined on the startline by Marileidy Paulino. The athlete from the Dominican Republic is the current world leader. The 26-year old achieved her time of 49.49 in May in Spain. She came out of the Tokyo Olympic Games, where she faced the Poles, with two medals - a silver in the individual race and a bronze in the mixed relay. She is already familiar with Silesia. It was in May of 2021 that she participated in the World Athletics Relays there.

– She is an extremely talented athlete. A fast one, too. The Kamila Memorial will take place after the World Championships, meaning all the world's best will be in absolute top shape. I hope that will be the case with us as well. I admit I get goosebumps when I think of the Diamond League coming to my favourite stadium - stated Święty-Ersetic, who grew up in Silesia.

Justyna and the rest of the 400-metre runners will not, on this occasion, face another top specialist of the event - the two-time Olympic champion Shaunae Miller-Uibo.

– It is possible, though, they might talk to each other at the hotel. This is another surprise we have for you. Shaunae will run the 200 metres here! I know the fans might use a different scale, using popularity as their metric, but in terms of athletic excellence she is a match for the pole vaulter Armand Duplantis. Let me remind you we have already announced his participation in Silesia. He recently achieved the world outdoor best in Stockholm with 6.16. There are no other Diamond League meets between the one in Sweden and ours - the excited Małachowski said.

The meeting director noted this announcement, as well as the confirmation of the great Shelly-Ann Fraser-Pryce's appearance, is just the start of great news. We now know the women's 100 metre hurdles race will be of the highest caliber as well. Jasmine Camacho-Quinn, Nia Ali and Kendra Harrison are all set to arrive at the Silesia Kamila Skolimowska Memorial. The American Harrison is the world record holder (12.20). All three have broken 12.5 this summer by a significant margin. All three have won Olympic medals. They are all capable of making Poland's biggest meet ever the talk of the athletics world on 6 August.

The 2022 Silesia Kamila Skolimowska Memorial, a Diamond League event, will commence at 4 PM. Some of the events, mostly of non-Diamond standing, will take place as part of the pre-programme, starting at 1:30 PM. The gates of the stadium will open at noon.