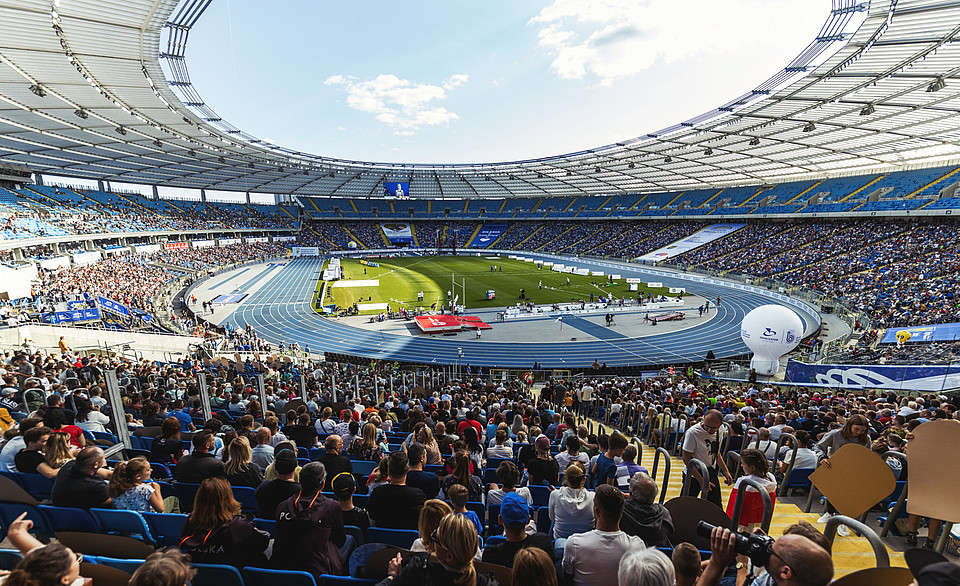 10 zloty – this is the lowest price of entry to the first ever regular Diamond League event in Poland. The elite of global athletics will be in action in the Silesian Stadium on 16 July for the 14th edition of the Silesia Kamila Skolimowska Memorial. It pays off to purchase early. A limited number of tickets is available under a special holiday offer

After last summer's test event in the Silesian Stadium, which received high ratings from both the fans and the Diamond League management, the Silesia Kamila Skolimowska Memorial becomes a part of the calendar of the elite series next year as a regular member. For the next five years, Polish athletics fans will be able to watch the sport's biggest global stars, including Olympic champions and world record holders.

Although next year's event is scheduled for 16 July, the tickets to the historic event are already available. The lowest-priced ones start at 10 zloty. The best seats, including those by the finish line, can be purchased for 89 zloty. Those prices, however, are available only in the initial weeks of sales.

- It is a special holiday offer for the loyal fans of athletics. Tickets may be bought now by all those who want to make sure they get their preferred seats. The offer is worth considering, especially since the number of promotional tickets is limited. They will be available only in the initial phase of sales – stated Piotr Małachowski, former Diamond League champion, now the sports director of the „Kama” Memorial. The retired discus thrower explained that pricing is dependent not only on the date of purchase. The venue is divided into four categories, as well as a business sector and VIP boxes. Naturally, the highest-priced tickets will be those offering the best view of the action. The organisers wish to offer the fans a possibility to choose seats according to their preferences. Until now, the stadium was open to all fans. Those arriving late had to contend themselves with seating farther from the action. Some fans, arriving from most distant places, travelled to Silesia unsure of whether they will be allowed in. Some decided not to make the trip for this very reason. That will not be an issue any more.

- While deciding on ticket pricing, we listened to the fans. We based it on the data we obtained from a survey conducted at last year's edition. The fans could give their own valuation of our event and 70 per cent of them stated they were willing to pay more for their preferred seats, e.g. by the pole vault area or next to the finish line. We conclude we will be the lowest-priced Diamond League meeting of the season, with an offer priced very competitively compared to volleyball games or ski jumping competitions. For comparison, the cheapest tickets for the London meeting cost more than out highest-priced ones, At the same time, the quality of competition and additional attractions in the stadium area will be at least as good – Małachowski said.

In the survey, 75 per cent of the fans in the stadium gave the event taking place last August the highest rating. They also stated that the competition dedicated to the memory of „Kama”is a family-friendly event and one that unites people.

- We are very happy with that, as it is important to us to be seen in the way we perceived the late Kamila Skolimowska. For years, we have seen the event integrates people. We regularly see entire families, groups of friends, schools or sports clubs requesting to come to the stadium. Therefore, we offer family tickets of four for the price of three. The entry for children under the age of 6 is free of charge – stated Marcin Rosengarten, head of the organising committee.

Tickets are distributed by EBILET.PL. Detailed information and price list are also available on the official website of the competition: memorialkamili.pl.

- I believe the Silesian Stadium will be full on 16 August 2023. The event is worth it – Małachowski said.

In case of further questions don't hesitate to ask at: biletynoSpam@memorialkamili.pl